The third season of the hit CBS medical drama, “Code Black” airs tonight and we could not be more excited. Eminence Organics is thrilled to be used on the set of “Code Black”, ensuring the cast’s complexions are fresh and glowing - no matter what issues their characters have to navigate that week. Read on to learn which Eminence products Marcia Gay Harden, Rob Lowe and Boris Kodjoe are loving right now. 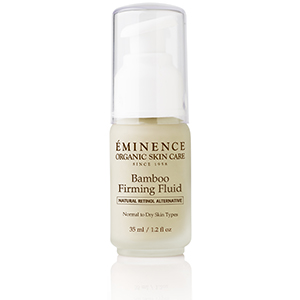 A dedicated Eminence Organics fan, Oscar Winning actress Marcia Gay Harden has used Eminence products for several years. On screen as Dr. Leanne Rorish, Marcia “must save lives in an often-impossible environment” (CBS). Even though they are only playing doctors on TV, Marcia Gay Harden notes “we have to keep telling ourselves, ‘You’re a member of the Screen Actors Guild. You’re not a real doctor.’ You get in the moment, and the camera is rolling…[and] you start barking order [sic] like you’re a real doctor” (Entertainment Weekly). To help her unwind and stay glowing, Marcia swears by Eminence Organics’ best selling products in her skin care routine. To cleanse and nourish, Marcia uses our Firm Skin Acai Cleanser followed by our award-winning Bamboo Firming Fluid to keep her skin smooth and silky both on screen and off. 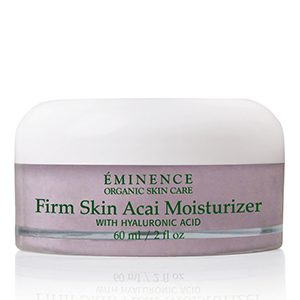 From brat pack heartthrob to emergency surgeon, Rob Lowe has been a Hollywood mainstay for decades. Starring as Colonel Ethan Willis - a field surgeon - on "Code Black", Rob’s character even jumped from a helicopter in the season 1 premiere (W Channel). Although a stuntman stood in for the actor, frequent shooting on dry sets and in the elements can easily lead to dehydrated skin. Eminence Organics is Rob Lowe’s weapon to focus on deep hydration, keeping his complexion protected and smooth. Our crowd-pleasing Strawberry Rhubarb Dermafoliant helps gently slough away dead skin cells and moisturize, leaving Rob with a perfect base. Formulated with rich shea butter, Rob’s complexion is further revitalized with our Firm Skin Acai Moisturizer. Thanks to Eminence, no matter the elements Colonel Willis faces, Rob Lowe’s complexion is smooth and firm. 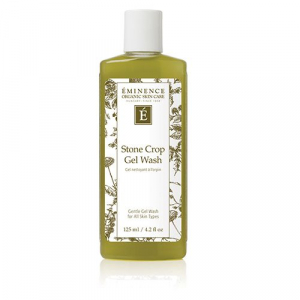 As stern ER and OR director Dr. Will Campbell on "Code Black", Boris Kodjoe’s character is often pitted against Rob Lowe’s and Marcia Gay Harden’s, constantly fighting to keep them in line. Off set, not only is Boris thrilled to work with his co stars but he stays incredibly busy in his personal life (Extra). Running the Sophie's Voice Foundation, a charity inspired by his daughter, Boris Kodjoe and his wife raise money “not just to help treat Spina Bifida but also to provide support for families” (Regional Daily News). With so much on his plate, Boris relies on Eminence Organics to keep his skin looking flawless on set. He cleanses with our award-winning Stone Crop Gel Wash - safe for even the most sensitive skin types - to leave complexion looking bright and balanced. To finish, our Stone Crop Whip Moisturizer is massaged onto the skin, providing a toned and enriched appearance.

While their characters may be faced with tough situations every day, we are sure that with Eminence Organics on their side, the cast of "Code Black" has zero concerns when it comes to skin care.

Meghan Markle’s Skin Care: How Eminence Organics Is Fit For A “Princess”

Do You Use The Same Eminence Organics Facial Oil As Jennifer Lawrence?