Iconic actress and Golden Globe winner Laura Dern is one of the latest Hollywood celebrity to declare her love of Eminence Organics. From early performances in Blue Velvet and Jurassic Park to recent roles in Big Little Lies, Little Women, Marriage Story and an Oscar-nominated portrayal in Wild, Dern has been a captivating fixture on film and television screens for over thirty years. 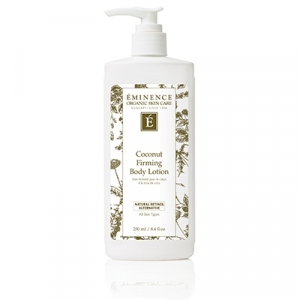 As admirers of Dern’s acting chops and ageless beauty, we’re thrilled to hear she is a fan of Eminence Organics results-driven skin care. The stunning star revealed her beauty and skin care secrets to The New York Times, touting our natural ingredients and calling our Coconut Firming Body Lotion one of her “beloved staples”. Infused with moisturizing coconut milk, toning coconut water and plumping botanical hyaluronic acid, this skin-softening lotion improves the look of elasticity for skin that appears smoother and firmer from head to toe.

Like mother like daughter, Dern's actress mother Diane Ladd is also a fan of the Coconut Firming Body Lotion, first falling in love with Eminence Organics products while on the set for TV drama "Chesapeake Shores". With their radiant, youthful glow, it comes as no surprise that both Dern and Ladd count this award-winning body lotion among their skin care favorites.