We are very excited to recently count two superstar sisters as celebrity fans: multiple GRAMMY award-winning jazz diva Norah Jones and world-famous sitar player Anoushka Shankar whose album, Land of Gold, is up for a GRAMMY this weekend. 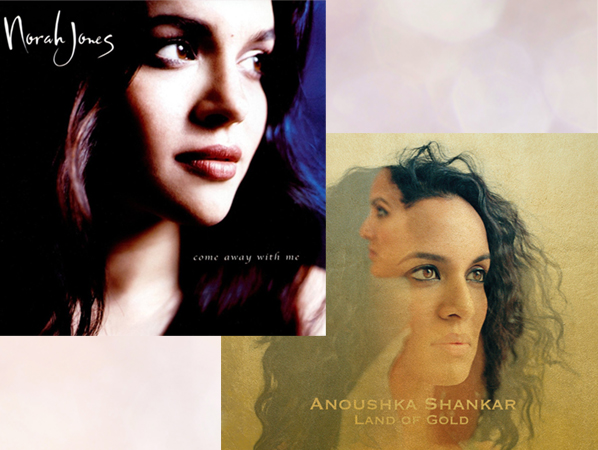 Anoushka recently visited one of Norah's favorite spas (and Éminence partner), Beautiful You, in San Diego. Deeply impressed by our organic skin care, Anoushka says, “I can take comfort in the fact that everything is plant-based, organic and not tested on animals. I was very impressed by the research and information available about every product.” We are absolutely delighted that she has taken the time and care to review our research because, like us, she values integrity and organic skin care. 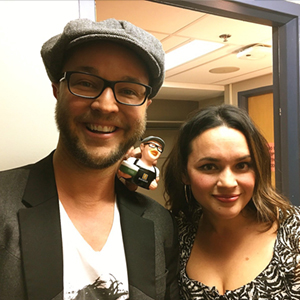 Daughters of Indian sitar legend Ravi Shankar, both Norah and Anoushka have established their own extraordinary reputations in the music industry. Winner of nine GRAMMY Awards, Norah has sold over 50 million albums worldwide and single-handedly boosted the popularity of the jazz genre since her blockbuster album "Come Away With Me." An enthusiastic fan of Éminence, she recently invited company President Boldijarre Koronczay backstage during her Vancouver, BC concert.

Sharing the same musical genes as her older sister, Anoushka landed her first GRAMMY nomination at age 20, making her the youngest ever and first female nominee in the World Music category. She has been nominated multiple times since, with her latest work nominated for the Best World Music Album award.

Taking time away from their busy recording and concert schedules, Nora and Anoushka recently experienced facials at the Beautiful You spa, enjoying relaxing treatments and a variety of products including the Neroli Age Corrective Hydrating Mist, Citrus Lip Balm, Neroli Age Corrective Eye Serum, Monoi Age Corrective Night Body Cream, Wild Plum Tonique and Honeydew Body Lotion. Anoushka raved, “I’m in love with these Éminence skin care products. Everything smells delicious as I put it on. The face creams are rich and hydrating, the Monoi Body Cream is a delight…I go to bed smelling yummy every night.”

We are very grateful for Anoushka’s support and we are so pleased to welcome both her and Norah as fans of Éminence. We wish Anoushka the best of luck during this weekend’s GRAMMY event!

The Good Wife Star Shows Off Éminence For US Weekly