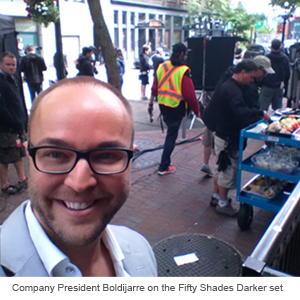 Projected to become one of the biggest box office sensations of the year, the sequel to Fifty Shades of Grey welcomed Eminence Organic Skin Care on set for this highly-anticipated installment. Company President Boldijarre Koronczay was invited to the private set of Fifty Shades Darker, connecting with star Dakota Johnson and makeup designer Rosalina DaSilva as well as introducing products like our innovative Hibiscus Ultra Lift Eye Cream. The eye cream was a huge hit with stars Dakota Johnson and Jamie Dornan who personally wrote sincere thanks to Boldijarre. Our company president was especially thrilled to meet Dakota and advise her on the skin care needed to keep her looking fresh and beautiful during the long hours of shooting. 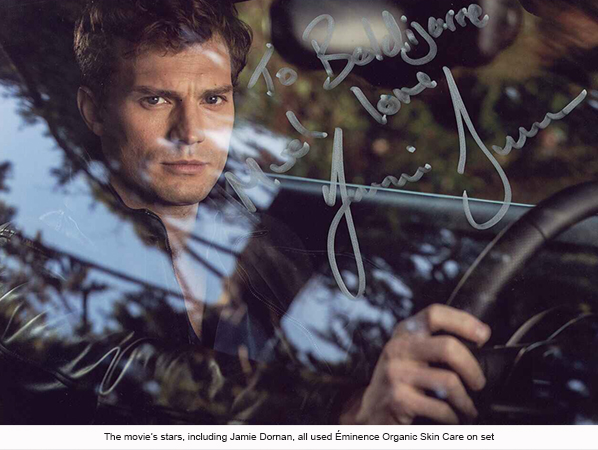 On the set of Fifty Shades Darker, our products made a big impact with Rosalina and the stars in the makeup trailer. Rosalina praises: “When I'm faced with long productions ... I'm grateful to Eminence for allowing me to test drive miracle products like the [Hibiscus Ultra Lift Eye Cream] ‘under eye rescue’ (that's what I call it) that came in at the right time!” Lead actor Jamie Dornan and pop star Rita Ora, who also appears in the film, both personally thanked Boldijarre in writing for the products on set. 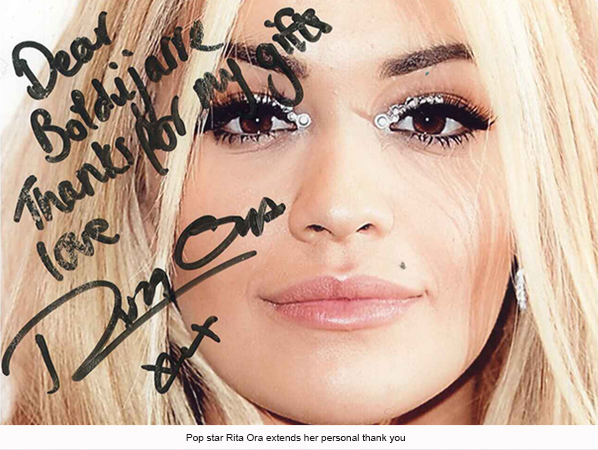 Jamie, Rita and Dakota weren’t the only Fifty Shades Darker stars to be won over by our products - Academy Award-winning actress Marcia Gay Harden also became a dedicated fan during the shoot, enjoying a facial from Boldijarre and raving, “Boldijarre, you give new meaning to the phrase ‘skin in the game!” Read more about Marcia and her passion for Eminence.

Are you a Fifty Shades of Grey fan? Let us know in the comments below.

Alicia Keys Shows Off Her #NoMakeup Glowing Skin With Eminence