In the world of acting, we think Marcia Gay Harden is one of the greats. Not only has she been nominated for multiple Emmys, Academy Awards and Screen Actors Guild Awards, she's achieved a career highlight with her Oscar win for Best Supporting Actress in Pollock. Add to the list her current starring role in popular CBS TV show Code Black, and this Oscar winning actress is one celebrity that makes our jaws drop in admiration. That’s why we’re especially excited to discover how much Marcia loves Eminence Organics. 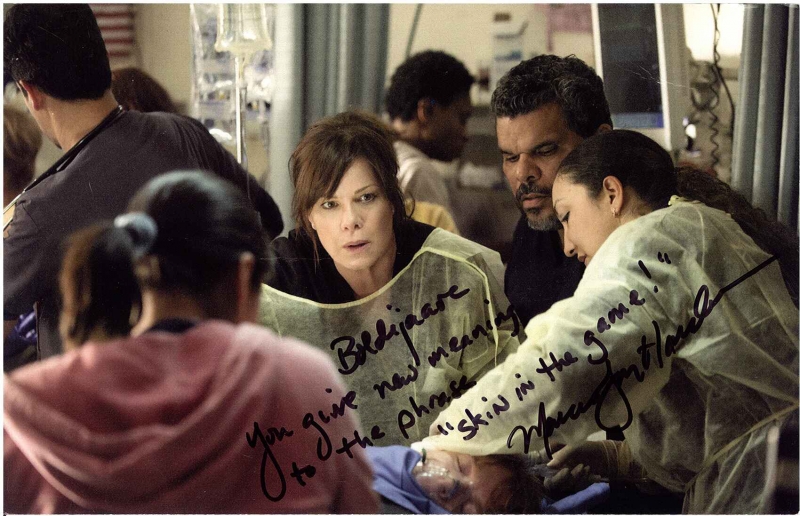 Recently, we were honored to have Marcia visit our Vancouver office while filming the Fifty Shades of Grey sequel, Fifty Shades Darker. Our president, and master esthetician, Boldijarre Koronczay, had the pleasure of giving Marcia a custom Eminence facial that included our Firm Skin Acai Cleanser, Bamboo Firming Fluid, Facial Recovery Oil, and Monoi Age Corrective Night Cream for Face & Neck. Loving her new glow, she jokingly asked Boldijarre to marry her immediately, and marveled: “… my skin is fabulous! … I have such admiration for all that you're doing.” For her final verdict, we think this compliment says it all: “Boldijarre, you give new meaning to the phrase ‘skin in the game!’”

We love our celeb fans and look forward to Marcia showing off her glowing skin in exciting upcoming roles. Keep an eye out for her in the Fifty Shades of Grey sequel as well as her starring role in medical drama Code Black returning this fall.

YOU MAY ALSO LIKE:
Jennifer Beals Shares Her Love For Éminence With US Weekly